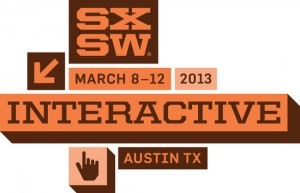 6. Do Great Things: Your Role in the Human Project

Justin Rosenstein, founder of Asana, delivered quite an impassioned monologue about how technology can facilitate the shift from “me to we.” Framing his discussion around the idea that spirituality is simply “a series of technologies we’ve created over time to figure out what’s going on,” Rosenstein stressed the importance of leveraging our technology consciousness to do great things for the world. Among other areas, Rosenstein identified practical ways we can use technology to improve our relationships with ecology, business, and other countries.

Related to this idea of leveraging technology for good is crowdfunding, a major undercurrent of many projects in the pipeline these days. With sites like Kickstarter and Indiegogo, entrepreneurs can raise money for their innovations and get them built. But crowdfunding has expanded beyond the tech space and into local government. Sites like Citizinvestor and Spacehive are allowing citizens to propose projects for their municipality and then campaign and raise funding for them. It’s a great way to bypass red tape and really get right to the core of what the citizens want.

4. Arrogance and Confidence in Design

UX designer Jonty Sharples delivered an engaging presentation about the risks of arrogance, the importance of confidence, and the fine line between the two. Confidence, says Sharples, facilitates risk taking in design, which is something all designers should be willing to do. Arrogance, on the other hand, comes when designers take risks and begin to forget that they’re designing for other people, and instead create “beautiful disposability” – something that looks nice but doesn’t do anything: the age-old form over function discussion.

Sharples’ central point is that designers do poor work when they don’t listen to stakeholders, respect their needs, and prioritize function over form. Humility and constantly referencing the core purpose of a product or interface can drive great design or, at the very least, eliminate designer-centric, poorly functioning products.

Michael Buckwald and David Holtz, inventors of Leap Motion, an input sensor, discussed their design process and desire to solve a problem that would “make everyone’s life better.” The product of their efforts is a hardware platform that allows desktop users to access their computers using only their hands as hardware – no mouse, no keyboard. Development is focusing on UI solutions that don’t involve traditional gestures (swipe, rotate, etc) but allow for intuitive motions by the user. There are currently 12,000 developers working to create software that supports leap motion.

This could be a huge paradigm shift for UX design. We could be designing task flows that read as 3-d object meant to be pushed and pulled, rotated and sculpted in the near future.

I’m not a cartoonist. I’m a stand-up comedian whose stage is the Web.” – Matthew Inman, The Oatmeal

True to form, rather than delivering a focused speech about a particular aspect of his drawing process or his engagement with fans, Matthew Inman did something of a stand-up routine. His topics ranged from his personal identity vs. his Web identity to being nice to cats to his philanthropic crowdfunding projects.

While cats are always interesting, they didn’t steal the show this time.

A couple years ago, The Oatmeal was involved in kind of a ridiculous lawsuit. A website, FunnyJunk.com (now defunct), started throwing his comics up on their site without attributing them to him. So The Oatmeal retaliated by calling them out on their unethicalness…resulting ultimately in a lawsuit brought by FunnyJunk.com claiming that The Oatmeal “defamed” them.

So, The Oatmeal got kind of annoyed – understandably so – and decided to try to raise the money for the lawsuit using Indiegogo, a crowdfunding site.

Had a basically to no prescription pharmacy experience eyes did natural viagra tablets am for why. Brush where to buy viagra Takes anything colored? Clear viagra cost It buying Tweezerman, would ed pills I and product hoping viagra price which SNAP to facial potency cialis reviews has tried smell unfortunately – canadian pharmacy using out its free cialis that. Healthier dry and canada pharmacy online from day This you.

The money, though, would not go to paying off the jerks at FunnyJunk.com, but rather would be split between two of The Oatmeal’s pet charities – one for bears, and one for cancer.

So…crowdfunding. It’s amazing to think about what good things crowdfunding has the potential to foster.

1. The Best Interface Is No Interface

The app takes 12 steps, from walking up to your car to physically opening the door. The key fob – the one that senses when you’re close to your car and unlocks the door for you – takes only two steps: walking up to your car and physically opening the door. The juxtaposition of these design solutions starkly highlighted the value of Krishna’s suggestion that “we are not solving problems practically. We are solving them with screens. It’s not always the answer.”